Let's talk about the queer surcharge for a moment.

People in mixed-gender legal marriages, how much did it cost you to get married?  I don't mean the ceremony, the reception, and all that stuff -- I mean the marriage license, the legal part, where you went down to city hall or the registry office or wherever and filled out paperwork and got a piece of paper (or several) back.  How much did your marriage license cost?  If a ceremony was a legal requirement for your marriage license to be valid -- it is in some jurisdictions -- then go ahead and add in the cost of a registry office, or justice of the peace, or similar, ceremony.

Now, how many marriage licenses, or equivalent, have you had to obtain for your current marriage?  For that one marriage, for you to be married to the same person?

Most of your friends in same-gender marriages, when we've had access to legal recognition of our relationships at all -- through domestic partnerships, civil unions, civil partnerships, or even civil marriage -- have had to do this many times.  Each time we move, each time the law where we live changes, we have to get re-married.

And it almost always costs money EACH TIME.

And we're not even talking about the costs in time, energy, and resources other than money.

For more information on having to get married over and over and on the queer surcharge, see:

Posted by Morgan at 3:30 PM No comments:

Ally behavior: Pagan organizations, where are you?

I am noticing... again... the silence of the Pagan organizations in light of the recent unrest, death of unarmed black men, injustices, protests, and harm within society. As a POC Pagan, I am looking out into my community and I do not see the community standing up for me.

This is an opportunity to stand up and support the people of color within the Pagan community, and society, by saying... we see you. We are not ignoring you, we are not staying silent.

When the Pagan community does not stand up to support the POC members within their community that are hurting, it is an "in your face" way of reminding us that we are not welcomed.

An African Zulu greeting "Sawubona" translates to mean... I see you. More than the normal seeing.... seeing the core, our humanity, our spirit, our worth... our souls.

So tonight I am saying to the Pagan community, I see you..... the question is... do you SEE us?


Black lives matter.  Pagan organizations are predominantly white, and they need to speak up.

I have just update the list of communities presenting A Winter Solstice Singing Ritual this year, including:

If your community is presenting this and you're not listed, please get in touch! 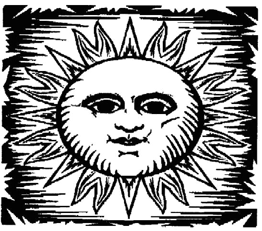 Posted by Morgan at 1:02 AM No comments:

Thank you again to SheWho


Way back in 2002, SheWho feminist women's vocal ensemble recorded the CD for "A Winter Solstice Singing Ritual" for me and my co-author. It was a one-off for them -- not part of their musical life long-term -- but it took a lot of their time and energy. That CD has certainly been part of my life long-term, and as I'm doing a lot of intensive teaching of this music right now, I find myself again grateful for all the time and work those eight women put into our project. There are of course things I'd do differently, mostly thanks to what I learned by doing this CD, but the CD has definitely stood the test of time as a fabulous resource for people learning this music. Thank you again, Karen Escovitz (Otter), Amanda Albright, Anne Cummings, Debra D'Alessandro, Gili Ronen, Hilary Barrett, and Juliet Spitzer.

For more information about SheWho -- or to order their fabulous independent CD, "The Earth Will Turn Over" -- please see: 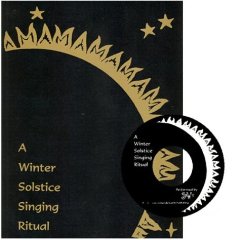 Posted by Morgan at 8:17 PM No comments: