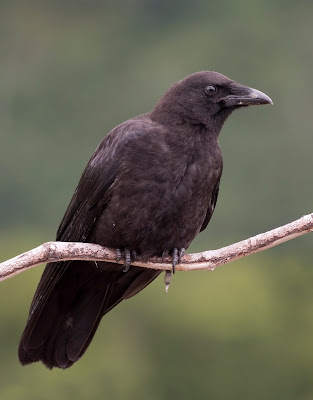 Northwest crow
On my recent trip to Seabeck, WA, at low tide on Seabeck Bay, I spent some time in Meeting for Worship with Attention to Shore Birds. More on that wonder later, with pictures, I hope.

Some of those birds were crows; and I commented on an email list recently about how much more gregarious crows are in the Pacific Northwest of the US than they are in the Mid-Atlantic. Someone asked, Might they have been ravens?

I was pretty sure they weren't -- they didn't look enough different from crows, for one -- but this did prompt me to go do some research, especially at U Mich's Animal Diversity Web. Which, among other things, often has great recordings of bird calls.

Yes, there's a difference between the American crows I grew up with in the East, and the Northwest crows I became friends with in Seattle and visited with there and on the Kitsap Peninsula this trip. And neither of them are ravens.

Here's what I found. Enjoy!

Here's how they sound, which caused me to say, "Yep! That's them!": 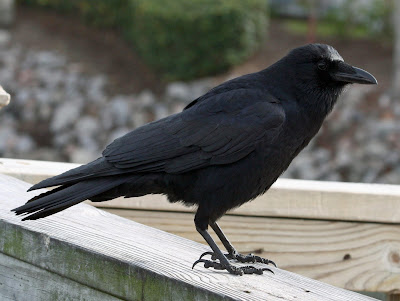 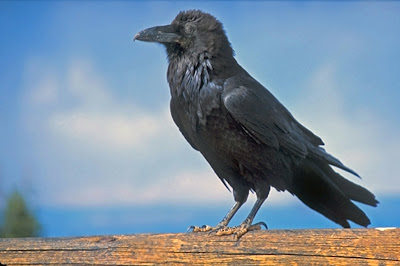 But remember - all crows in the Northwest are not Northwest Crows :) We don't have any of those down here in Portland. The one link you posted says they are found along the coast from Alaska to northern Washington State. We just have American Crows here in Oregon, even though it is clearly the Northwest. Cool birds, aren't they?

Good point! (And some disagree about whether Northwest crows are actually a different species from American crows.)

They are cool birds, and I like them a lot. I rather miss them here. And Stellar's jays. But I missed blue jays when I was there. :)