If you are struggling with thoughts of suicide, please, talk to someone.


You are sacred.  Your life matters.
Posted by Morgan at 1:25 PM No comments: Links to this post

Save the date for FLGBTQC Mid-Winter Gathering 2016! 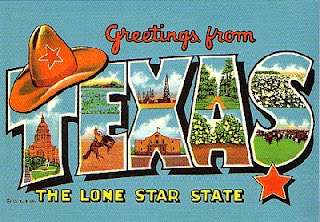 [image: vintage postcard displaying "Greetings from Texas, the Lone Star State"
with a cowboy hat hanging on the T and E]

​Spread the news! We're going big in 2016 with a fabulous Mid-Winter Gathering in central Texas!

Our hosts this year are the Friends from South Central Yearly Meeting, who send the following minute from their annual sessions held in April of 2015: "South Central Yearly Meeting joyously invites Friends for Lesbian, Gay, Bisexual, Transgender, and Queer Concerns to hold its next Midwinter Gathering in our region. We look forward to supporting you spiritually and emotionally, and offering whatever logistical support we can."

The best airports will be Dallas/Fort Worth and Austin. Waco is a small regional airport, but there are deals to be had that could route y'all to Waco. We are hoping to have shuttles from both the Dallas/Fort Worth airport and the Austin airport, thanks to support from SCYM Friends.

The theme is coming soon, but it will be fitting of this fabulous, expansive, wonderful location as well as the yearning of our community. With a theme announcement will also come a keynote speaker announcement! A call for workshops will also come quite soon! Huzzah!

Questions, concerns, love, bubbles, and/or the location of a large stuffed unicorn should be sent to flgbtqcmidwinter at gmail dot com.

Feel free to share this little announcement with anyone that you think would be an awesome addition to our Gathering!

Posted by Morgan at 11:09 AM No comments: Links to this post


The ten-year anniversaries of Hurricanes Katrina, Rita, and Wilma have been much on my mind lately.

In August, 2005, our family had just moved to the Midwest.  I'd grown up in hurricane country and had lived most of my life in majority-minority cities.  I spent the days before Katrina's landfalls tracking the storm on weather websites and anxiously listening to the news.

I spent the days after Katrina hit, like so many people, getting more and more angry, desperately wanting to Do Something.


I spent Hurricane Rita in Montgomery, Alabama, stranded with hundreds of other disaster relief volunteers in a big box store converted to volunteer staff shelter.  We were incredibly frustrated at being stuck there instead of being out in the field, and given how impossible things already were for Katrina survivors, we were worried about how much worse they were getting.

When it was safe enough to travel -- still lots of wind and rain, but lower winds and fewer tornadoes -- I was assigned to go to a newly-opened service center in Jackson, Mississippi as a family services caseworker.  There, my volunteer colleagues and I worked with thousands of hurricane survivors every day -- for weeks.  Many of the people we saw had been displaced twice -- they'd lost everything and been forced to move to another part of the country, then they lost what replacements they'd been able to scramble and were forced to move again.

One of the things I remember most about that time is the incredible people I met and worked with, over and over and over.  The other volunteers.  The survivors.  The National Guard service members, local law enforcement, firefighters, and paramedics.  The people who offered their workplace for our volunteer staff shelter, and tried to make it as homey as possible.

The way people pulled together to pull together.

It is vitally important to lift up recognition of the structurally racist nature of emergency planning and response by local and federal officials in the Gulf Coast region before, during, and after hurricane season 2005.   Yes, natural disasters generally affect people who are poor, people with disabilities, and people of color harder than they affect non-disabled middle-class white people.  But with Katrina especially, that disproportionate impact was so. much. greater.  It was, and still is, very hard not to see that as almost deliberate -- as the logical consequence of a long, long series of racist decisions and choices.

Other people, especially people of color, have written about this much better than I can, and I encourage you to seek out what they have to say. Especially about the roots and the long-term effects of that racist decision-making.

I know I have more to write about that time, but none of it is quite here yet.  In the meantime, while that's brewing, here are two excerpts from other things I've written in the past:

At the five-year anniversary:


Five years ago, we had just moved to the Midwest, and I was listening to the news coverage after Hurricane Katrina and getting angrier and angrier.

Well, that had happened after September 11th, too; and then, the Red Cross had desperately needed help, too.  So I'd taken my three community service days from work and answered phones at the SE PA Red Cross.  It wasn't glamorous, but it freed up trained people to go out in the field and deal with local disasters like house fires.  And it gave me something constructive to do.  Which was better than listening to people bitch all day at work about how we should, in fact, bomb Afghanistan back into the Stone Age.

So when I was getting pissed off after Katrina, I called the local Red Cross in Michigan, thinking I'd answer phones again.

They asked me to go to the Gulf Coast and do Family Services / Client Services.  Case management.

And it was an amazing experience.

I didn't have time to write much about it, and when I got back home, I left almost immediately for a family funeral; but I did write some.  And I also wrote a little in my article for Friends Journal.


As a Friend, I first got involved with the Red Cross through Disaster Services just after September 11, 2001. Like so many of us, I had a deep need to do something – something to help, and something that expressed the Peace Testimony. What I did was answer phones, all day, every day. It wasn’t glamorous, but it was needed, and it freed up experienced, trained volunteers to go out in the field.

After Hurricane Katrina, I again found myself raging at the news, and again felt that need to do something. So I thought I’d go answer phones again. But because I have experience as a pastoral counselor and case manager and the need was so great, the local Chapter asked me to go to the Gulf Coast instead.

Five weeks after the disaster, at just one service center, in just one town, my fellow volunteers and I saw and spoke with thousands of people every day. None of us could “fix” anything for them. True, we could help them apply for financial assistance. True, we could try to connect them with services. But we couldn’t repair their lives.

Mostly, what we could do was just be there with them.

It turned out our simple presence meant much more than financial assistance to many people.

“You came from where? To be here with us?”

“But you’re not getting paid?!”

“What about your family?”

“Thank you for coming down here.”

“I haven’t told anybody what happened, and it’s been more than a month.”

“We thought nobody cared about us.”

I already knew what a difference it made for me to have someone simply be with me when I was going through hard times. In Mississippi, I learned yet again that bearing witness is sacred work.

If pictures of drowned refugee children make you want to cry or scream...

...then here is something concrete you can do.

I admit this is reminding me so very much of both of the aftermath of September 11th, 2001 and of the aftermath of Hurricane Katrina: looking at maps, reading and listening to the news, getting more and more pissed off, and feeling the need to Do Something.

If pictures of dead children washing up on Europe's beaches make you want to cry or scream, here is one practical thing you can do: give money to Médecins San Frontières / Doctors Without Borders (MSF).

MSF are running Search and Rescue operations in the Mediterranean Sea -- getting people off boats, giving them emergency medical care (including helivac'ing critically ill patients), and getting them to shore in Europe. They are also providing medical care in refugee camps in the countries people are fleeing from to Europe.

MSF people are saving lives every day, and any amount you can give would help. MSF is also a very solid organization.

I wish I could embed the video so you could watch it here.

• This is another fun and fabulous fund-raiser for MSF: