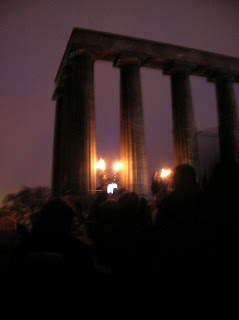 It occurs to me: some of my Cherry Hill colleagues are writing analytical critiques of Burning Man and such from Pagan/ritual theory/ritual studies/theaological perspectives.  I'd love to see such analyses of any of BFS' big public presentations.
Posted by Morgan at 6:51 PM

Emily was there, hope she wasn't one of the loud drunks! I posted a few photos of hers this morning.

Hope she enjoyed it!